Djuna Barnes | THE SONGS OF SYNGE 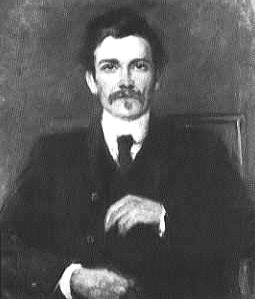 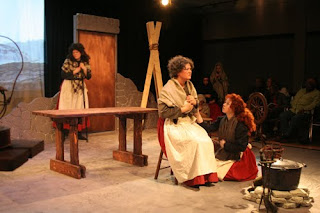 THE SONGS OF SYNGE
by Djuna Barnes

My arms around you, and I lean
Against you, while the lark
Sings over us, and golden light and green
Shadows are on your bark

and know there was more fatality and more glad joy in his own, knowing that:

There'll come a season when you'll stretch
Black boards to cover me.

And he realized that grim brutality and frankness and love are one, the upper lip is romance, but the under is irony, and he knew "There is no timber that has not strong roots among the clay and worms."
It was only after the Irish Literary Theatre had been established by Mr. Yeats, Lady Gregory, A. E. and George Moore in 1899, to be dropped and founded again in the Irish Literary Theatre in 1913 with the use of the Abbey Theatre, that Synge was to meet the romance of his life in the shape of the leading lady to whom he became engaged in 1908, a year before his death.
In his last illness in a Dublin hospital she would come and act parts of his plays until he grew too weak and tired, and, turning toward the wall, said, "It's no use to fight death longer," and died.
Or did he? This is the question. Was he not building by his pen a Synge that will live always as a man who, if he was not always superlatively original—and he admits many sources—is still a beautiful rhythm—let me say an accent—perhaps it is no more—certainly it is no less? To me there is nothing in the English language that sets my whole heart to singing as his lines, "The dawn and the evening are a little while, the Winter and the Summer pass quickly, and what way would you and I, Naisi, have joy forever?" and:

The story of Deirdre is as old as Ireland, and has been sung my many, by none as Synge has sung it—yet all he said was that he had done his best to render the rhythm of Gaelic into English.
Well, he has left us six plays. Of the six, perhaps, The Playboy of the Western World is the best known, Riders of the Sea, coming second. It is an astonishing thing that such plays should be so violently resented by the Irish themselves. They called him traitor—they said he was making fun of his own people. He thought in the beginning that they would not mind being laughed at in a good-natured way for their failings; he found that they minded overmuch, even to the exclusion of the things that he found in them that were beautiful.
But at last people know who you are speaking about if you mention his name. Perhaps it is due to the fact that the Irish people are a little more in the public eye, that there is also a great interest in Irish writers in general, that the plays of Dunsany are making a certain and definite impression. Certain it is that all ears re not deaf to this man, who came and who passed almost unspoken and almost unspeaking—who watched the world by night and wrote of it in the morning—who gave us the Well of the Saints, Tinker's Wedding, and In the Shadow of the Glen, his notebook of the Aran Islands, his Wicklow and Kerry sketches with their fine descriptive passages, and his poems and translations.
His poems show him as the brute first and the singer second; they are less and more him than anything else—they are Synge before Synge combed his hair and wore a collar: He says "When one loses their poetic feeling for ordinary life and cannot write poetry of ordinary things, their exalted poetry is likely to lose its strength of exhilaration, in the way men cease to build beautiful churches when they have lost happiness in building shops."
Well, he went back to his shop building, and, lo! it pierced the intellectual sky with the spires of a church.
But I cannot cease until I have quoted the passage that comes suddenly into the Aran Islands as death itself:

"After mass this morning an old woman was buried. She lived in a cottage next to mine, and more than once before noon I heard a faint echo of the "keen" (weeping)...I could hear the strokes of a hammer in the yard, where, in the middle of a little crowd of idlers the next of kin labored slowly at the coffin...as we moved down to the low eastern portion of the island, nearly all the man, and all the oldest women, wearing petticoats over their heads, came out and joined the procession.

"White the grave was being opened the women sat down among the flat tombstones, bordered with a pale fringe of early bracken, an began the wild keen, or crying for the dead...in this cry of pain the inner consciousness of the people seems to lay itself bare for an instant."
And so, looking it over, I find that, after all, I have not violated my strict intentions of remaining practically uncritical—and for this I am grimly happy. I give praise to my sour grapes, they make exceeding excellent wine. it is enough that, turning back to look on Synge, I have more courage to go forward—that I can read at least eight books without having to say that I was duped into fruitless hours of attention, or into the temporary anguish of undiscovering a discovery.
Mary in the Well of Saints did not want to see again, preferring darkness to such tragic and illuming light as that let in on her and her Martin when the Saint touched them with the holy healing waters—so sometimes I also do not want to be awakened from the certain joyous blindness that was Synge's.

Reprinted from the New York Morning Telegraph, February 18, 1917.
Posted by greenintegerblog at 11:00 AM