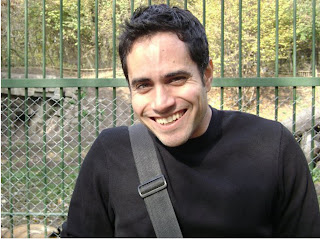 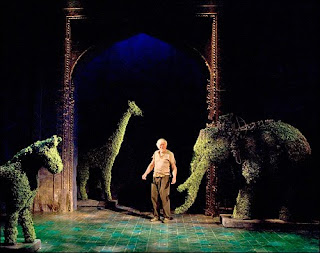 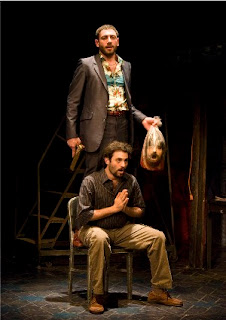 Built in 1971, the Baghdad Zoo was long known for its insufficient and inhumane conditions. It was closed by Saddam Hussein in the Spring of 2002, at which time he used it as a kind of semi-military base. The 2003 invasion killed all but 35 of the original 650-700 animals housed in the zoo. Several lions escaped, to be rounded up by American soldiers, three of them shot by American forces. Other animals were looted or found dying of starvation and thirst, including Uday Hussein's (Saddam's violent son) Siberian tiger. In mid-April of 2003 a South African conservationist, Lawrence Anthony, visited the zoo and with Baghdad Zoo directors began caring and feeding the few remaining animals. U.S. Army Captain William Sumner, officer in charge of the zoo, also helped with the protection of the animals.
On September 18, 2003, Specialist Keith Mitchell, after sneaking a cooler with beer into the zoo and drinking a bottle, had his arm severely mauled by a male Bengal tiger. What happened to enrage the tiger is uncertain, with varying reports, but two soldiers, hearing Mitchell's scream, ran to help. One shot at the tiger, but missed; the second fired a pistol and hit the tiger in the shoulder. The tiger later died of internal bleeding.
This bizarre series of events is merely a starting point for Rajiv Joseph's appealing meditation on the meaninglessness of our times. Not only is the Baghdad of 2003, a war-ravaged city, but a city filled with citizens haunted by the past and present. At the center, and symbolic of thousands of others, is Musa (Arian Moayed), a dreamer, who, as a gardener, has created Uday Hussein's grand topiary filled with a green elephant, giraffe, camel, and various other marvelous creatures. Musa's young sister, eager to see the wonders he has created, visits that enchanted garden, only to be taken by Uday, raped and brutally murdered. At the time of the play, the desperately troubled young man is serving as a translator to the American military, a job filled with its own horrors as Joseph shows us through a raid on the home of a seemingly innocent Iraqi family, which ends with the mental breakdown of Kev (Brad Fleischer), the soldier who has shot the Bengal Tiger at the zoo.
The two American soldiers involved in the tiger's death have been tossed into such a insane world that neither can comprehend how to survive. Tom, the brighter of the two, has participated in the raid on Uday's and Qusay's homes, where he evidently shot Uday. From Uday's palace he has stolen two objects, a gold pistol and a toilet seat also made of gold. Like the old testament idolaters, Tom looks to these meaningless objects as the answer to his future, to a life outside of the horrors in which he now finds himself.
Kev is a near idiot, who speaks in an American argot that even he cannot explain. One of the funniest scenes in the play revolves around Musa's attempt to understand the word "bitch," added to sentences, sometimes even endearments. Throughout most of the first act, Kev is like the proverbial Midwesterner who writes letters beginning: "How are you. I am fine."
The tiger changes everything for both. Tom's arm is torn away, and he must return home for treatment and a prosthetic hand. Kev, as I have mentioned, loses his mind, convinced he is being haunted by the tiger who follows him everywhere. Meanwhile, he has lost Tom's golden gun in raid, the fact of which enrages the returned soldier, and leads, ultimately, to Kev's suicide.
If this all sounds gruesome, it is—these are the events, after all, of an insane war. Yet Joseph slightly skews the horrifying facts to probe—at times poetically and provocatively and other times comically, even inanely—what it all means; how do these impossible realities fit together in the larger frame of things? The tiger (played by Kevin Tighe/in the performance I saw by Paul Dillon) cannot die, despite his murder, and wanders about Bagdad trying to piece things together, to comprehend how God could have created him to eat living beings and yet damn him for doing so. Kev also wanders the city after death, suddenly beginning to comprehend information and language in way that he could never do while he lived. Musa is, in turn, haunted by Uday—who visits him with the head of his brother in a plastic bag—and by his own sister.
Bagdad, it is clear, is a world of shadows, generations of walking, living dead.
The only one seemingly less haunted—although he does see Kev—is Tom, a man so deluded and selfish that he hires a prostitute, not for regular sex, but to jack him off as he was once able to do with his own right hand. He is determined to retrieve his ill-gotten booty; like the US soldiers he represents, his only vision for a future is an abstract American dream fueled by the promise of EBay checks.
When, in a fit of anger and true fear, Musa shoots and kills Tom with Uday's golden gun, the soldier, unlike the others, does not become a shadow, but like the lions before him, merely fades into death. In that act, however, Musa has laid no ghosts to rest, but merely turned into another Uday, a tortured man who enjoys torturing others. The tiger returns to its primal needs, feeding on human flesh. The world, as Musa has suggested, is God's only answer:

God has spoken. This world—this is what he said.

Whether that is a horrible reality or a hopeful one depends, it appears, on what each of us makes of our existence.