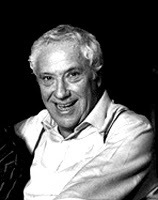 EYE TO EYE
by Douglas Messerli

It’s interesting to note that two of the most energetic and manic comedic plays of the early 1960s shared a titular connection with eyes. Gelber’s play, Square in the Eye, was first performed in 1965 off-Broadway at the Theater de Lys; but it occurs in 1962, and was copyrighted by its publisher, Grove Press’s Evergreen books in 1964. Arnold Weinstein’s more gently satiric Red Eye of Love was performed in 1961 at The Living Theater, and was published, again by Grove Press, in 1962. Obviously, in the climate of the early 1960s these so-called “avant-garde” playwrights both saw love as something that—to borrow a phrase from the 1952 popular song “That’s Amore”—“hits your eye like a big pizza pie.”

Gelber’s play, the more emphatically absurd of the two, focuses on a would-be artist, Ed Stone, who is forced because of lack of artistic success to teach art in the New York schools. As he announces in the stand-up comedian-like prologue, he actually wanted to be a doctor, but instead has “the rare privilege of teaching art to delinquents in the New York public school system.” Accordingly, he suffers—“How I suffer,” and spends much of the play feeling sorry for himself while loathing his hilariously nasty children, Sarah and Bill, Jr.—the latter a son from his wife’s first marriage—and coveting his wife’s best friend Jane Jaffe, recently divorced from his successful artist friend, Al. Al has, evidently with far less talent than Ed, honed in on the art craze of the moment, and has filled his pockets with money, even though he has lost his wife. Ed’s nearly insane in-laws, meanwhile, are furious with him for pretending that he is Jewish, and see his admission of his lie as a betrayal of their faith. In a sense Ed’s resultant anger is aimed in too many directions to be effective; his verbal attacks—and Gelber’s play as well—are scatter-shot over too wide an area to hit any one target.

After what appears to be a typical night in the Stone home, a gathering of the players whose loathing of one another is barely hidden by witty social dialogue, Ed stomps out, whereupon his wife suddenly becomes ill and is hospitalized. By the time he is able to find her in the hospital, gathered with his grumbling in-laws in a waiting room, the doctor reports she has died of a brain hemorrhage. With lightning quickness Gelber has transformed his comedy of anger into a comedy of regret as Ed tries to sort things out and discover, despite the doctor’s utter confusion and refusals to explain, how his now beloved ex-wife could have so suddenly expired.

Inevitably, each survivor blames the others for the death and their lack of sympathy and love—for they have all been hit “square in the eye,” with the reality of their squalid lives full of petty bickering.

Yet even here, Gelber refuses to allow his characters much humanity, as they scurry to quickly perform the funeral in time for Ed’s remarriage, this time to a beautiful girl with “a lot of money.” Meanwhile, Ed’s student Luis, an innocent boy who has been forced to witness the horrors of Ed’s former family life, has run off with Jane Jaffe. So everything seems to have ended for the best.

Gelber’s dissection of love, fame, and fortune, however, is not yet over, as he returns us to Sandy’s hospital bed, just before her death, where she discusses her life with her sympathetic friend Jane—the doctors presuming the two are lesbians—and then is gradually put on trial, in retrospect, by her own children, mother, father, and husband. Sandy, accordingly, is forced to justify her life, even after death. But this time—despite her and her husband’s failures—the love the two had for one another is slowly revealed and somehow redeems their lives. That it ultimately means nothing given the fact that Ed will go on through life more successfully perhaps without her does not rob her of her dignity; indeed Sandy ultimately breaks through Gelber’s study of New York caricatures—figures described by Time magazine in 1965 as “talkocrats, the people who talk of writing novels and painting pictures, who interminably discuss the problems of home and headline,” and the various medical quacks, religious bigots, over-sexed and impotent beings Gelber’s play presents—to represent someone close to a real human being, a woman who, despite being trapped in an unfulfilling marriage, did her best to live, love, and survive.

Weinstein’s “red eye” is less violent than Gelber’s direct hit, and his masterful play is tinged with a kind of nostalgia that might be an anathema to the former, but the satiric focus of these two works is quite similar. Although the central couple of this work, Wilmer and Selma, seem to be a perfect match and declare their love for one another several times throughout the play, they too are torn apart by fame, fortune and finances. Wilmer, a born dreamer seeking throughout his life to find “the key”—both a key to success and to spiritual fulfillment—attempts various occupations: accounting, doll-manufacturing, soldiering, and working as a butcher—all of which end in failure. One can’t blame Wilmer for not trying hard enough; indeed he takes up each profession with such zeal that he forgets his wife Selma—who like Gelber’s Sandy must endure an obnoxious son (Bez) from her previous marriage. She has no choice but to divorce Wilmer and marry the wealthy meat merchant, O. O. Martinas.

Like Gelber, Weinstein directs his satire against various professions and institutions: police (two policemen join forces, becoming life-time “partners”), the military (during numerous wars that occur throughout the play, enemy soldiers find more in common with each other than they do with men of their own units), business tycoons (from shoeshine boy to successful tycoon, O. O. Martinas gradually builds up an empire symbolized by a high-rise department store devoted to various meats, and wanders about the play declaring his pride in being illiterate while composing outrageously bad poetry), as well as the sort of lovers featured in Broadway musicals and operettas (Selma and Wilber again and again meet one another anew, describing themselves as “your former casual acquaintance and husband”), along with scattergun attacks on society, propriety, and even Santa Claus.

As Selma vacillates between her love and her desire for money, both Wilber and O. O. Martinas end up with the red eyes of love, and ultimately find it easier to satisfy Selma’s needs by moving in together, creating a kind of ridiculous ménage à trois, the horrible Bez becoming an Astro-butcher who is “lost in orbit.” Weinstein’s sympathies with the artist-dreamer Wilber, however, are apparent, as the three conclude the play with the determination of all to go and live with the Navahos, “a fine folk in the field of the rug and the pot.”

In both these plays we see the writers grappling with one of the major issues of the day, the failure of the so-called American Dream to link human desires such as love and spiritual fulfillment with the necessary finances to survive. Love, spirit, and money are represented in both these works as what a necessary for happiness—but in everyday life they seldom can be combined. The Masonic-like search for the holy trinity of (brotherly) love, relief, and truth, seems a nearly impossible achievement in the worlds so brilliantly satirized by these two gifted playwrights.