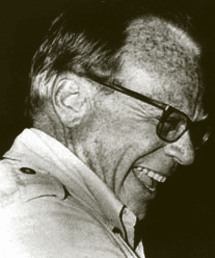 THE BROTHERHOOD
by Douglas Messerli

—Frank Loesser, How to Succeed in Business Without Really Trying

In 2003, I determined to edit a book on responses by major world figures on the impending war in Iraq. But the question I posed to the hundreds of individuals to whom I sent the correspondence was not about Bush, America and Iraq, but about war in general. I wrote:

My interest in the subject has no specific political agenda behind it; I simply feel that it might be important for our age to compile such responses (Reasons Not To Go to War) and pass them on to our own and other generations. We all know that war is sometimes necessary and that it occurs with regular frequency throughout the world; Machiavelli even argued
that a prince “must have no other object and no other thought than war, its methods and conduct.” But I do also believe that most men of reason detest war. Perhaps by sharing those reasons, we can give generations new hope that they may live in peaceful times.

Out of some 600 such letters to people in science, religion, art, literature, music, dance, film, politics, theater, and numerous other areas, I received about 40 responses—mostly from people in the arts. Among the serious responders was Cy Feuer:

In the case of Iraq, it seems all too obvious that what’s behind this bellicose administration’s agenda is a combination of greed (oil), imperialism and a quasi-psychotic need to control and bully. I’m still in a state of shock that the Supreme Court placed Bush/Cheney in the White House to begin with. At 92, I can honestly say I’ve never been this embarrassed by my government. Having served in WW II, I have strong feelings about the need to overcome the harshest of adversaries, but this imminent, arbitrary destruction is unacceptable.
Apologies for not quite adhering to your request, but due to the exigency of today’s threat, I can’t address war as a concept without being specific. If you’ve any thoughts or comments regarding what I’ve said, I’d me most interest.
Somewhat coincidentally, my autobiography, I Got the Show Right Here (Simon & Schuster), is being published March 6. It includes many chapters on my experiences during the war. I was a captain in the Army Air Corps.
Best of luck with your project. It sounds excellent.

It is not his politics I applaud—although I most certainly agree with them—but his commitment, his concern. I never knew Cy Feuer personally and I suspect, as Fosse, Kaufman and others have testified, he was a fairly difficult person. Later he described himself, quite unlike the major character of How to Succeed in Business, as being “on fire with ambition,” as someone who “didn’t follow the expected rules or play the predictable game for the sake of ease or expectations.” Feuer was also a man who clearly loved what he did and cared for the society in which he functioned. Perhaps that is why musicals—when they were not frivolous entertainments—spoke to the culture at large in those days and still do—when they are created with imagination and empathy—to those of us who love this now almost dead genre.