Djuna Barnes | THREE FROM THE EARTH 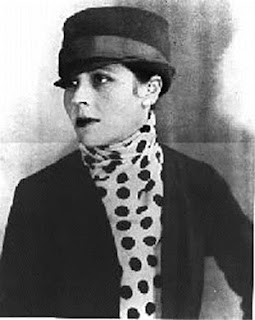 THREE FROM THE EARTH
by Djuna Barnes

Three from the Earth was first presented at the Provincetown Playhouse in New York, October 31, 1919, with the following cast:

At the rise of the curtain the three Carson brothers are discovered sitting together on a couch to the left. They look like peasants of the most obvious type. They are tall, rather heavy and range in age from nine teen to twenty-five. They have sandy, sun-bleached hair that insists upon sticking straight up—oily, sweaty skins—large hanging lips and small eyes on which a faint whitish down moves for lashes. They are clumsy and ill clothed. Russet shoes are on all six feet. They each wear a purple aster and each has on a tie of the super-stunning variety—they have evidently done their best to be as one might say "well dressed."

When they speak—aside from their grunts—their voices are rough, nasal and occasionally crack. They are stoop-shouldered and their hands are excessively ugly.

Yet in spite of all this, their eyes are intelligent, their smiles gentle, melancholy, compassionate. And though they have a look of formidable grossness and stupidity, there is, on second observation, a something beneath all this in no way in keeping with this first impression.
JOHN, the youngest, and the smallest, looks around the room carefully.

[The curtain drops behind them.]