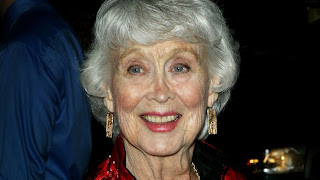 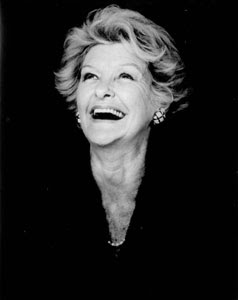 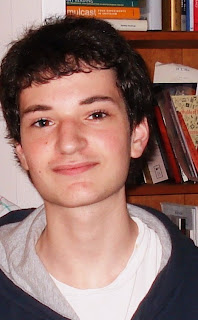 Over the last few months I have witnessed two performances by musical legends, each woman recounting memorable events in her life and singing some of the notable numbers of her career. At ages 89 and 82 Betty Garrett and Elaine Stritch both are old enough to declare as Stritch does in her At Liberty at the Carlye, “I’m Still Here.” And in both cases, their primarily geriatric audiences attended these potentially embarrassing self-celebrations with total love and devotion.

My companion Howard and I saw Garrett on November 18 at what was to have been Los Angeles’s Theatre West’s last performance of Betty Garrett: Closet Songwriter, although the show was later extended for another week.

Garrett—whom we both loved for her acting in several film musicals we own on DVD—had chosen in this show to sing, along with seven other actors, music for which she had written the lyrics, and accordingly she didn’t have as rich material to work with as the slightly sassier and brassier Stritch. But along with her long-time friend Lee Meriwether (actress, journalist, and former Miss America winner) and other Theatre West regulars she entertainingly presented a medley of 28 songs interspersed with memories of her career.

Like Stritch’s life, Garrett’s is a story of amazing fortune and darkly sinister events. Beginning on Broadway as an understudy to Ethel Merman, Garrett’s career quickly rocketed as she performed in several plays and the musical revue Call Me Mister, where she famously sang “South America, Take It Away,” winning her the Donaldson Award. In 1944 she married actor Larry Parks (star of The Jolson Story and Jolson Sings Again) and moved to California, where she acted in a string of successful films, including Words and Music (1948), Take Me Out to the Ball Game, Neptune’s Daughter, On the Town (all three 1949), and My Sister Eileen (1955).

In 1951, however, Parks was subpoenaed to appear as one of a group of individuals connected with Hollywood before the House of Un-American Activities Committee (HUAC). Of that group, only Bertolt Brecht and Larry Parks testified; ten others (Herbert Biberman, Lester Cole, Albert Maltz, Adrian Scott, Samuel Ornitz, Dalton Trumbo, Edward Dmytryk, Ring Larder, Jr., John Howard Lawson, and Alvah Bessie—a group which came to be called the Hollywood Ten) refused to answer questions and were all blacklisted.

A few years ago, at a memorial dedicated to the Hollywood Ten and an unstated apologia for the Writers and Directors Guilds’ complicities with the HUAC and McCarthy hearings, Howard and I saw Billy Crystal enacting Parks’ tormented testimony as he attempted to allay the questions of committee members. “I would prefer, if you would allow me, not to mention other people’s names. Don’t present me with the choice of either being in contempt of the Committee and going to jail or forcing me to really crawl through the mud to be an informer.” Later: “I don't think this is American justice...So I beg of you not to force me to do this." Reminding the committee that he had two small children, Parks confronted his questioners: "Is this the kind of heritage that I must hand down to them? Is this the kind of heritage that you would like to hand down to your children?" The committee insisted, however, that he name names. Although Parks was, accordingly, not added to the blacklist, his contract with Columbia Pictures nonetheless was soon cancelled and he made only three more films.

So too had Garrett’s film career ended, and the two of them had no choice but to form a musical team appearing in nightclubs and theatres across the United States, later, like Stritch, performing in England.

Betty is anything but bitter, and her lyrics, if at times satirically biting, are never cynical. While a large number of her song lyrics are mere rhymed ditties and “patter” songs, a few of these pieces, in particular “Remember Me” (a song written for her grand-daughter), “Lack-a-Daisy Day” (a number she performed with her husband on tour), and a song written for her close friend Lloyd Bridges and his family, “Bridges of Love” are charming songs, the first and last moving, if somewhat sentimental ballads. I believe the entire audience left Garrett’s show with even more admiration for her musical and acting contributions and her lifetime of sustained energy.

Garrett died almost three years from the day I wrote this, in 2011.

I had seen Stritch’s At Liberty on DVD several times, so I was prepared for the sometimes raw and down-to-earth humor of her artful autobiographical tribute to her survival and past. The treat for me was to see her so close-up in the Carlyle’s small dining room accompanied by the youngest person in the room, 15-year old Felix Bernstein, son of my dear friends Susan Bee and Charles Bernstein.

Felix, who is quite knowledgeable about musical theater and is an aficionado particularly of Stephen Sondheim, enjoyed this show which included three numbers by Sondheim: the previously mentioned “I’m Still Here,” and two songs from her legendary performance in Company, “The Little Things You Do Together” and “The Ladies Who Lunch.” But we also both took joy in her two Noël Coward numbers, “I’ve Been to a Marvelous Party” and Sail Away’s hilarious “Why Do the Wrong People Travel?” And who could not find pleasure in the simple “Something Good,” a song, Felix pointed out, with both music and lyrics by Richard Rodgers. Stritch’s perfectly timed telling of her travels each night from her role—like Garrett—as an understudy for Ethel Merman in New York to the New Haven production of Rodgers’ and Hart’s Pal Joey, where late in the show she performed the fabulous “Zip,” is one of the best skits of the show. Later, she would star in the national company role of Merman’s Call Me Madam.

Stritch’s humorous tales of her strict religious background (her uncle was Roman Catholic Archbishop of Chicago Samuel Cardinal Stritch) and her descriptions of her relationship (or perhaps one should say, lack of relationship) with Marlon Brando and intended marriage to Gig Young are alternatively funny and sad. Stitch was clearly unlucky in love (throwing over Ben Gazzara for Rock Hudson) until she met and married, later in her life, the British actor John Bay, living in London with him until his death. At the heart of Stritch’s stand-up comedic presentation of her raucous life is a painful story of alcoholism and near death from diabetes. She wrote this show, in part, she proclaims, to get back her life, to recall all those events from which alcohol had kept her from completely experiencing.

Both Felix and I loved the evening, and although I had come into Stritch’s performance believing that this may be her last act, I am now sure that, given the gusto with which she performed her closing show on January the 18th, she will be back, still here for years.

As we took the taxi back to the West Side, Felix asked me two questions that deserved more discussion than we had time for. He queried how Noël Coward had become such a legendary figure in a time when there was no television, no cell phones, no easy computer downloads for songs as there is today. I reminded him that most large cities had several newspapers, many of them filled every day with news on actors, writers, and other celebrities of the moment. And, I might have also added, there was radio, with a very large audience and a wide variety of shows. Instead of the tabloids there were a number of quite popular fan magazines which reported on both theater and film.

Knowing of my great love and knowledge of New York theater and its history, Felix later asked: “I can understand why I love theater; I live here and witness it; I can see it almost any day. But how did you fall in love with musicals and plays growing up in such a distant place as Iowa?”

“Imagination,” I answered. “I never got to New York until college, but I lived in New York in my imagination for years before that.”