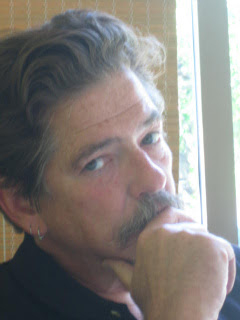 THE VERGE OF POSSIBILITY
by Douglas Messerli

John Steppling Sea of Cortez, Cast Theatre, Los Angeles / 1992 / the performance I saw was at the Workhouse Theater Company, New York in 1993

To Dr. Cousa’s seedy laetrile clinic, located on Mexico’s Sea of Cortez, come Eddie and Malone, the first in search of a father—or at least his inheritance as a son—and the other in search of a son—or at least the son he would have inherited. Rejected, down-and-out, temperamentally explosive, and sexually starved, these two have entered the “standard” John Steppling territory: a dark world in which instances of illumination and poetry only underscore its bleakness.

In the hands of a lesser playwright, say a David Mamet, the results of such encounters would be predictable: a play filled with accusations, suffering, and ultimate forgiveness. Although Steppling’s play contains all of these elements, the various interchanges between these figures and Eddie’s communications with a neighboring fortuneteller (who speaks in an eerie and magical gibberish) and his sensual translator result in no answers, no real communication. For in Steppling’s world people are what they are, doomed to suffer their own predetermined destinies. There is no hidden money; no escape from the forces that be—natural or man-made. Guilt is inexpiable.

The little love to be discerned in this landscape is perverted: Dr. French ineffectually strokes the shoulder of his only young patient, the naïve Russ; Eddie pays the fortuneteller for a few inane words from his translator; Malone, a former lover of Eddie’s mother, pointlessly regrets he did not take over the responsibility of raising the child.

The author reiterates these issues by ending each of the dozens of character “encounters” with a possible—if illusionary and epigrammatic—question or answer; but as the director, he stymies that connection with an immediate frieze and blackout. In each scene the characters must begin all over again. At times this is extremely frustrating, and overall it slows the play down to an almost excruciating crawl. The ultimate effect, however, is to point up Steppling’s underlying Romantic sensibility. For even while the figures of this play have no actual hope of communicating, they forever remain on the verge of possibility. Face to face the figures almost scream out not only for communication, but for a simple caress, even a touch; but the dark surrounding silence serves as a kind of coitus interruptus, and the characters are forced to sink back into their determined alienation. Desire is all they have left.

It is precisely this desire which takes The Sea of Cortez in an entirely other direction. For although the characters seldom communicate with one another, their flights of poetic language represent their feelings brilliantly to the audience. Steppling’s crippled beings reveal to us what they can’t to the rest of the world at large: that they are capable of and desperate for love. Full of humor, dreams, and crazy belief, they live linguistically (and imaginatively) in a place where their physical beings cannot inhabit. The role of Eddie, in particular, demands that a vaguely incoherent anger be converted through language to a kind of dreamy poesy, but unfortunately the actor in this production recited his lines instead of discovering them. Overall, however, the New York production confirmed the Los Angeles recognition of Steppling as one of the major playwrights of our time.