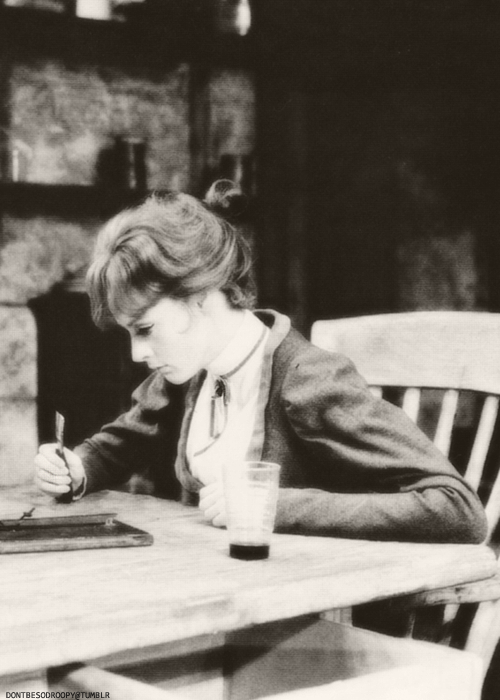 Rereading Miss Julie for the first time since I was a youth, I perceived why I had resisted for so long in revisiting the great Swedish playwright’s works. As translator Michael Meyer notes in his 1960s Preface, there have been few great productions of Strindberg’s work in either Britain or the US. As we in Los Angeles are about the face a new production of the play, adapted by Neil LaBute—who has evidently replanted the drama into the 1920s—I think I may skip it. As the translator points out, Strindberg’s works require a kind of “overacting” or, at least, demands actors who are willing to go to the “precipice,” a style that is quite distasteful for American and British theatergoers, who prefer acting that seems more naturalistic. In certain European countries and in South America “overacting” is not only permissible but is often evidence of an actor’s abilities (witness the recent Italian filmed prison-version of Julius Cesar, Cesar Must Die) which the Swedish playwright demands, certainly in his 1888 drama, Miss Julie.
Meyer’s translation of the play was performed in England in July 1965 with Maggie Smith and Albert Finney as Miss Julie and Jean. I would have loved to have seen that production, and while reading often could hear Smith’s voice in the fluctuations between Julie’s stubborn pride, crazy demands of male suitors, and, at play’s end, her desperate pleas for showing her the way out of the situation in she has suddenly become involved. And I could quite well imagine Finney’s charming knavery as well as his innate ability to demonstrate a more refined sensibility than the landed gentry he serves. But even their fine acting skills could not have quite taken me “over the edge” of Strindberg’s sudden chasm of absurd events.
Having, as he describes it, “cut-away” “like a lamb cutlet,” all the bone and fat, his characters so suddenly slip upon the ice of sexual relationships with what begins as Julie’s flirtatious imperiousness—so reminiscent of Ibsen’s later gun-toting heroine in Hedda Gabler—that, at first, one may think that one has “missed” a scene. How did things so suddenly turn from a girl’s toying with her equality with the servants to a tragedy in which she has “crossed the line.” 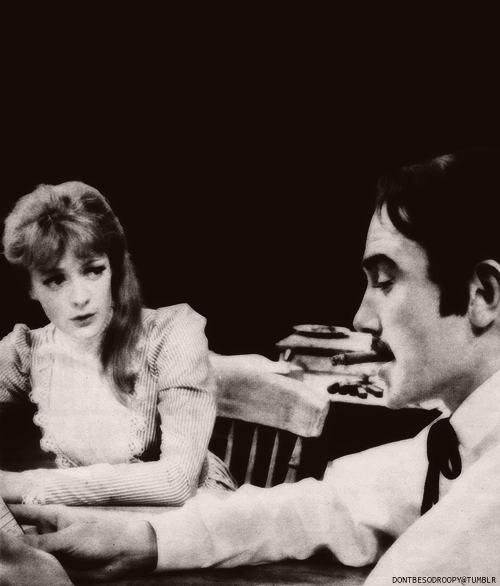 To contemporary audiences, moreover, the whole series of events, which closes in Julie’s presumably proud facing of death, seems utterly senseless. Americans have never had a class system as did the turn-of-the-century Swedes, in which it was not only a crime but a kind of existential fall from grace for a young lady of class to bed down with a valet. Although the English may certainly recall that inescapable caste system, even the British of the 21st century would have difficulty in comprehending how a young girl of 25, having had sex with a servant, would have to leave home or kill herself out of shame, or that Jean may face severe punishment or imprisonment. Only perhaps if were to imagine Julie as being underage, or her sexual encounter with Jean as being a rape might we be able to comprehend the consequences that Strindberg puts forth. As it stands, one can only imagine an audience of 20 year-olds giggling over Julie’s, Jean’s and Christines’ consternation for the few hours of their lust. And locating the play at the end of the 20th century’s most libertine decades would seemingly make even less sense.
I suppose in the 1950s one might have presented the two J’s as being of the same sex, which may have shocked some theatergoers enough to convey the play’s “predicament.” But even then it would hardly suggest the consequences of the woman-hating Strindberg requires. As a woman brought up to be a man, Julie is doomed, in Strindberg’s thinking, to be brought down to earth, required to transform herself from a strong woman used to making beasts of the men around her into a kind of slave:

miss julie: I can’t go. I can’t stay. Help me! I’m so tired,
so dreadfully tired. Order me! Make me do something!
I can’t think, can’t act—

The problem with Julie, like the women in so many of Strindberg’s plays, and unlike the simple-minded believer Christine, is that she does not know her place. And that’s a hard sell for any of today’s audiences. It is difficult to swallow a story of “a crazy woman in the attic”-in-the- making, which Jean suggests from one of his very first lines: “Miss Julie’s crazy again tonight.”

Only if we recognize Miss Julie as a kind of artifact from another era and, as Michael Meyer argues, perceive the latter half of this play as a kind of dream chamber in which the inner conflicts of Strindberg’s figures are being played out in public, will the drama be tolerable or believable. Yet the early part of the play has been so well-grounded in naturalism, with its pared-down and clipped dialogue, that the dream-like sequences of the second half seem more like the blather of a mad woman, as Julie creates an imaginary Swiss Hotel to which all three might escape, than as the internal sufferings of a woman suddenly plagued with guilt and regret.
Perhaps it is these very problems or tensions which dynamize Strindberg’s work. We may find the series of events and stereotypes of sex nearly unbearable, even laughable, but we also must perceive that their tormented conditions are meant to be believed. And that is why, as Meyer argues, in order to succeed with Strindberg the actor must go literally “over the top,” performing the work at full throttle. There’s little room in this author’s brutal world for meekness. When suddenly Julie shifts from her temporary “slavery” to a long abusive lashing out against Jean as a man, she momentarily comes alive (even Jean recognizes it as “the blue blood talking”) as she becomes a vessel less of love than of utter hate—hate for both the man she has dared to love and for own daring to have been loved.