Of all the versions of Miklos Laszlo’s play Parfumerie, my favorite is the musical She Loves Me. I did not see the original 1963 Broadway version, but even today I feel like I must have been there, since soon after its opening I bought the stereo recording and played it so many times that it lost most of its sound, forcing me buy a second copy. I also own a CD version, even today recalling the lyrics of nearly every one of its songs, my favorites among them being “Sounds While Selling,” “Tonight at Eight,” “Will He Like Me?” “Ice Cream,” and “She Loves Me.” But there are also charming lesser pieces: the angry song of rejection sung by the character Ilona (the wonderful Barbara Baxley), “I Resolve,” her tale of true love in “A Trip to the Library,” and the sarcastic goodbye to the Budapest shop and its workers by the oily charmer, Stephen Kodaly (Jack Cassidy), “Grand Knowing You.” And even the seemingly ridiculous lyrics of “Where’s My Shoe?” work wonderfully. As the composers Jerry Bock and Sheldon Harnick wrote of this work: “We’ve never written so tenderly before”—and, I would argue, never again. 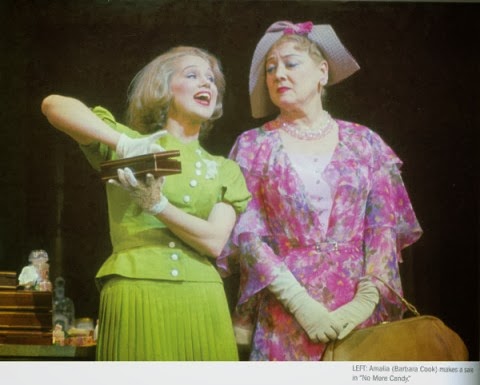 I still recall the day I first heard of the musical, when on the television show To Tell the Truth Peggy Cass mentioned that she had attended it a night earlier, and encouraged everyone to see it. Given its fairly short, 302 performances, obviously not all viewers ran to the Eugene O’Neill Theater, where it was playing—but it made a believer out of me.
I was utterly transformed by the performance of Barbara Cook, who I had already fallen in love with through her singing in The Music Man and Candide. To hear her sing “No More Candy”—as she attempts to sell the “Ochi Chërnye”-playing music box by pretending it is a container for candy that plays to remind its owners that they have had too much to eat—and her self-doubting paean to love, “Will He Like Me?” are startlingly beautiful Jerry Bock and Sheldon Harnick songs that can hardly be matched. Indeed She Loves Me, in my estimation, is a far better musical than their other hits, which include Fiddler on the Roof. Daniel Massey’s original renditions of “Tonight at Eight” and “She Loves Me” are splendid ballads of hopeful paradise. And who couldn’t love Nathaniel Frey’s intentionally unintrusive yet loving friend? Of all the delivery boys—in this version called Arpad—Ralph Williams is clearly the most appealing, particularly when he sings “Try Me.” 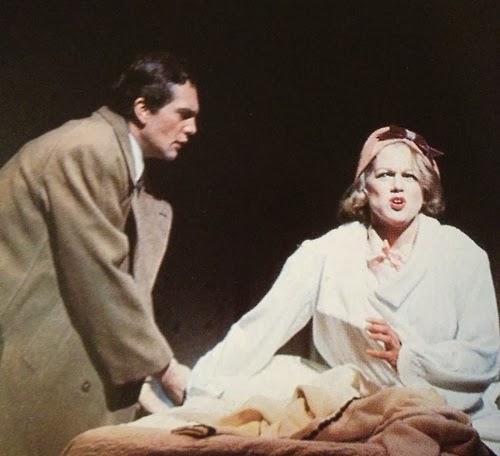 Not only does the music and dance lighten up the darker play and film version, but give the work the feel of the merriment of Christmas season with which ends. Georg Nowack (Massey) is far more loveable in the musical than James Stewart is in the movie, and in his visits to the sick Amalia his refusal to tell her that she is his unknown penpal makes far more sense. Even though Ludwig Donath fires Georg, believing he is having an affair with his wife, the musical version tempers the antagonism between them, allowing Donath to bring greater warmth to his role than in the play and movie, by warmly recalling “Days Gone By.” And the more extended Gypsy café scene, replete with both a romantic and tragic tango, intensifies Amalia’s self-doubt and makes her an even more likable figure than was Margaret Sullivan’s Klara. Cassidy won a Tony Award for his performance. 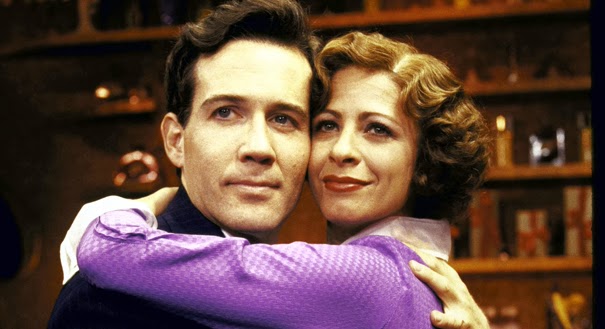 So too did leading actor Boyd Gaines, playing Georg in the 1994 Roundabout Theater revival, a musical I did see at the Brooks Atkinson Theatre in New York. That production featured Judy Kuhn as Amalia, Sally Mayes as Ilona, Howard McGillin as Kodaly, Lee Wilkof as Ladislav, Brad Kane as Arpad, and Louis Zorich as Maraczek. I loved it, although it would have been impossible to match, to my way of thinking, the original. The revival lasted only a few more performances than the original, 354, but it also won the Drama Desk Award for “Outstanding Revival” and “Outstanding Actor in a Musical” (again the charming Gaines). 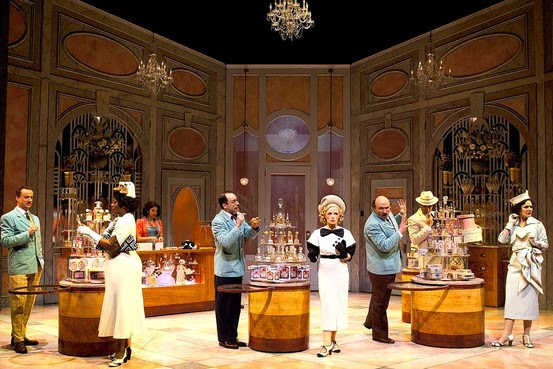 This beloved musical has had a special role, so it seems, in my life, representing one of the most cherished works of my musical theater experiences. I believe I describe somewhere in the My Year volumes that upon my first visit to the University of Wisconsin-Madison campus (after a bus ride from Milwaukee in 1966, while I was still a freshman at that University campus) I wandered through the sprawling university grounds far away from the humanities-based edifices to the agricultural part of the school, where I came upon a large tent. Quietly entering it from the back, I quickly perceived it as a rehearsal for a performance of this gem (I later discovered that the agricultural school sent amateur performances of their plays throughout the state), and sat in stillness through it until someone noticed me and asked what I was doing there. “Just watching this wonderful work,” I shot back. I was allowed to stay, and I realized, almost immediately, that I just had to transfer to the Madison campus, which I joyfully did soon after. Did the farmers and small-town audiences who got to see this musical, enjoy it half as much as I? I’d like to think so, perhaps sweeping up some young boy like I had been in Iowa into the magical arms of theater and opera.