The vibrant and engaging experimental pianist Vicki Ray centered her most recent concert at Redcat’s Piano Spheres series on “Six Encores” by the Italian composer Luciano Berio (1925-2003), works written between 1965 and 1989: Lufklavier, Wasserklavier, Erdenklavier, and Feuerklavier, each dealing the a different element, air, water, earth, and fire for piano. All were beautifully resonant works, with the first sharing a kind simmering quality of a far more dissonant Debussy, while incorporating elements of other Romantic composers. 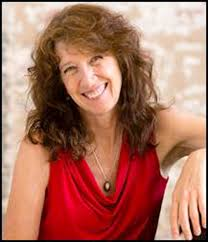 The remaining works of her concert went on to explore these same elements in quite radically different tonal and compositional styles. Toru Takmitsu’s Between Tides of 1993 featured a beautiful trio of piano, violin (played by Sarah Thornblade) and violoncello (by Erika Duke-Kirpatrick).Takemitsu’s work truly conveyed a sense of, as he himself describes it, “a sea,” “filled with many currents.”
Dominique Schafer’s Aufwind followed. Although the work explores, once more, all the elements, like its title it primarily worked through various “lifts” of breeze or breath, revealing how the air reflects through and off of the various other elemental forces. As Schaefer himself describes it:

…acoustical aspects of air and wind are
reflected in the harmonic and rhythmic
language; varying bands of pitch clusters
are approaching noise on a timbral level,
chordal structures and reshuffle and organized
in time, finding a logic on their own various
processes of repetition and permutation.

After an intermission, Ray presented her own composition of Four Elemental Songs, with soprano Elissa Johnston. This work explored several piano techniques, such as e-bow, a device that vibrates the strings, a dobro slide and various other piano applications. The first of these texts, Luftpause, with a text in both English and German by Ray, gracefully represented both the whispering treetops in the nighttime breezes and the twilight currents murmuring in the branches. The siren song, based on a poem by Margaret Atwood, pokes fun at what Ray describes as “those deliciously evil creatures.” Fire Song, based on a poem by Susan Stewart (a long-ago colleague of mine at Temple University) evokes a magical-like chant (Stewart is also a folklorist):

We needed fire to make
the tongs and tongs to hold
us from the flame; we needed
ash to clean the cloth
and cloth to clean the ash’s
stain….


Earth and water in the form of mountains rising up out the icefields and glaciers was the thematic inspiration of John Luther Adams’ short Nunataks. And Mu-Xuan Lin’s breathtaking electronic and piano duo, Pale Fire ended the evening, evoking the Nabokov fiction through the use of spoken Russian phrases and an almost hallucinatory array of electronic and piano soundings.
For her well-deserved encore, Ray played a short piece by the beloved composer Steven Stucky, long involved with the Los Angeles musical community, who died of brain cancer at the early age of 66 on February 14th of this year.
Given the stunning clarity of this varied concert, one is tempted to declare Ray’s remarkable talents by declaring what Sherlock Holmes often perceived: “it’s elementary.”

Posted by Douglas Messerli at 11:17 AM