This beautiful ballad, sung quite early in Marc Blitzstein’s beautiful rendition of Sean O’Casey’s famed Irish drama, by the character Mary Boyle, completely reveals Blitzstein’s talents for expressing the impossible loves and frustrations within the suffering Boyle family. The musical opened in 1959 at the Winter Garden Theatre in New York City. 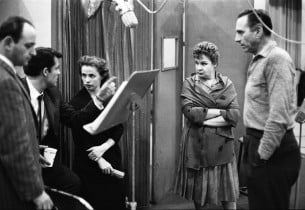 The young daughter of the long-suffering matriarch (Shirley Booth) and the ne’re-do-well father (played, surprisingly by the great film actor Melvyn Douglas), is so poignant that it was been performed time and again after the original production by numerous wonderful singers—I’ve included only a few, Rosemary Clooney, Dawn Upshaw, and Rebecca Lucker, to give the reader a sense of the remarkable potentialities of this song about a girl (Monte Amundsen) who doesn’t even quite know why she is suffering the pangs of love. 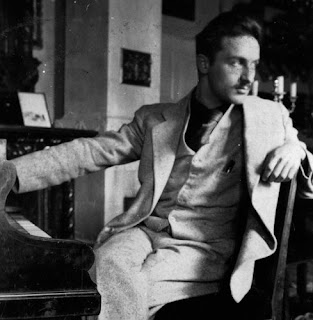 This song is a strange mix of the kind of optimist hope for love professed by Tony early in West Side Story in “Something’s Coming,” and the kind of fear of madness for what that love might bring in Stephen Sondheim’s ballad sung by Sally in his Follies “Losing My Mind.” The young Mary is already very afraid of “going mad.”


The great American composer Blitzstein not only brought Brecht and Weill to American audiences, but composed the infamous pro-union The Cradle Will Rock, which never received its proper theater production by Orson Welles. Later he composed a notable opera, Regina based on Lillian Hellman’s The Little Foxes.


Alas, his quite remarkable Juno, with a cast to die for, lasted only 16 performances on Broadway, but has been revived several times since, although never to the success the work truly deserves.


Openly gay, Blitzstein retreated to Martinique, where he died in 1964.

Posted by Douglas Messerli at 10:11 AM