I have always wondered why one of the most innovative musical theater composers of all time, Stephen Sondheim, insists upon real end rhymes for his lyrics, while the more “old-school” composer and lyricist, Jule Styne and Bob Merrill, explored some new territory in the shimmering ballad, “People,” which depends far more on the repetition of words—“people,” “children,” “lovers,” etc—to convey its message, relying on only on occasional end rhyme and even then employing mostly internal rhyme: “pride”/”hide”/”inside” and “thirst/first.”

People
People who need people
Are the luckiest people in the world
We're children, needing other children
And yet letting a grown-up pride
Hide all the need inside
Acting more like children than children

A feeling deep in your soul
Says you were half now you're whole
No more hunger and thirst
But first be a person who needs people
People who need people
Are the luckiest people in the world
This song, rather than pushing its themes to the center of its lines, surrounded by end rhymes, boldly makes its statements about people, love, and the world, straight out, lingering upon the repetitions a bit like Wagner might have, instead of speeding ahead with an incredible locomotive of impossible rhymes and word choices the way Frank Loesser and Sondheim might. 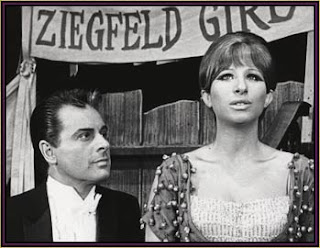 It is almost unthinkable that director Garson Kanin wanted to cut the piece; although I do agree with him that it's probably not the kind of song Fanny Brice might ever have sung.


The music here and lyrics here become so pliable that one can interpret the song through numerous musical genres—love ballad, jazz riff, big band belter—and it encourages the singer to improvise: Streisand herself has interpreted it in various ways throughout the years. I prefer her original Broadway stage version, but I must admit as she aged, the song became even more velvety and dusky. It was, after all, a kind of seduction number even in the original, where she tests out her feelings for Nicky Arnstein, and seduces him into considering a love affair.


I’ve included four other interpretations of the song, by Dionne Warwick, Tony Bennett, and Shirley Bassey, to show the song’s range. But Streisand’s slow-version ballad about what she wants out of life is by far the best.