Based simply on the beauty of two songs in their off-Broadway, very long-running (17,162 performances) musical The Fantasticks at the Sullivan Street Playhouse in Greenwich Village, and their more recent Broadway successes, including 110 in the Shade and I Do, I Do!, one of the earliest Broadway shows I chose to see was the 1969 production of Harvey Schmidt’s and Tom Jones’ Celebration. A disaster. Certainly, I’ve never heard a song from it since my first night experience. It was a year of bad musicals: just before that I had attended Jerry Herman, Jerome Lawrence’s and Robert E. Lee’s Dear World! 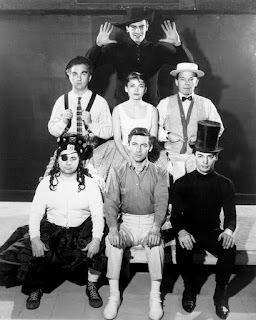 But the simple theatrical conventions of The Fantasticks, beginning with its lovely first song, “Try to Remember,” which attempts to take its presumably elderly audience back into a time of true innocence, very loosely based on Edmund Rostand’s Les Romanesques, with its numerous references to abductions and the growing correct-thinking anathema described by the word “rape.” Goodbye Shakespeare, Yeats, Pope, Donizetti, even gentle Eudora Welty! Schmidt and Jones were forced, over the years to change several of their lyrics of the song “It Depends upon What You Pay.”

“Try to Remember” remains a lovely paean to American innocence, and takes its audience beautifully down memory lane to when “you were a callow fellow,” even the word “callow” hiding its intimations of dangerous immaturity. This song was so beautiful that nearly every crooner (male and female) in the business have attempted to sing it. The original El Gallo, Jerry Orbach, is still my favorite, despite wonderful orchestral versions by Andy Williams Harry Belafonte, Julie Andrews and, most recently (2015) Josh Groban. But Patti Page’s 1001-instrumental backup and the movie version’s Jonathan Morris leave me cold—despite the fact that I found the movie version quite charming.

But who can complain with these simple lyrics, supported by the just as simple a set and piano-accompanied production of the original? There’s something to be said in musical theater that seeks out the purest elements of its roots, which Schmidt and Jones seemed to sense. They represented, in their day, what Stephen Sondheim rose to be later on. And, as I describe elsewhere in this series of “My Favorite Musical Theater Songs,” their other major piece from this musical, “Soon It’s Going to Rain,” seems to have so many Sondheim links that they simply cannot be perceived as accidental.

When life was slow and oh, so mellow.

When grass was green and grain so yellow.

When you were a young and callow fellow,

Try to remember and if you remember then follow.

Posted by Douglas Messerli at 10:21 AM