Douglas Messerli | "Chain of Love" (from Claibe Richardson and Kenward Elmslie's The Glass Harp, from My Favorite Musical Theater Songs)

It’s totally strange that the wonderful Broadway musical, The Glass Harp, performed at the Martin Beck Theater for only 7 performances in 1971, should have become one of the most forgotten musicals ever. It’s cast, after all, consisted of the remarkable Barbara Cook (after her The Music Man, Candide and other major Broadway triumphs), and included Carol Brice, Karen Morrow and others, was based on Truman Capote’s wonderful tale, which was later made into a movie.
The music by Claibe Richardson, a rather remarkable composer who died in 2013, and the wonderful American poet and librettist Kenward Elmslie, highly influenced by his lover of several years, John La Touche, who produced several wonderful songs such as “Dropsy Cure Weather” and the driving percussionist piece “Yellow Drum.” In this case I’ve included the entire original Broadway cast recording just to give a sense of the range of songs in this work. 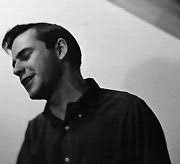 The great stand-out, however, is “Chain of Love,” which isn’t even titled that in the list of original songs in the current listings. But anyone who has sung it, including Cook and Susan Watson has titled it that in their personal performances.
Of course, Cook sings it best, but it has yet to be discovered by hundreds of others who might turn its beautiful lyrics and music into something else. This is a musical just waiting to be rediscovered. With lyrics that Elmslie wonderfully fleshes out through this number, how can you not fall in love with Dolly Talbo, even if she has never herself discovered a lover for herself:

The sad after-thoughts of “I think,” and “I guess” represent Dolly’s impossible comprehension of what she has been missing, even though she truly realizes it in simply the “links” of her relationships with other human beings. And her final determination to take to the trees in protest for what has been denied her, is so brilliantly expressed in her new comprehension that love is something more than what she has  experienced. Why the critics so abused this lovely, if slight, musical is incomprehensible. This musical should be celebrated, not shunned, and even less, forgotten.

Posted by Douglas Messerli at 2:06 PM