Originally produced on Broadway in 1962, with a book by Neil Simon, based on Patrick Dennis’ fiction, and music and lyrics by Cy Coleman and Carolyn Leigh, Little Me was dominated by the presence of one man, Sid Ceasar, who played all of Belle’s lovers and husbands, young and old. Bob Fosse was the choreographer.
The musical ran for 257 performances at the Lunt-Fontanne Theatre.
Yet the one song that stood out in the musical was not performed by Ceasar, but by the handsome, openly gay, Sven Svenson, playing George, a nightclub owner, who seductively does something close to a striptease as he courts the forlorn Belle, promoting his cause that they should hook up: 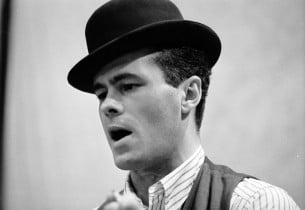 I've got your number,
I know you inside out,
You ain't no Eagle Scout,
You're all at sea.
Oh yes, you brag a lot,
Wave your own flag a lot,
But you're unsure a lot,
You're a lot
Like me.

He succeeds of course, Belle is certainly no “Eagle Scout,” getting her pregnant. 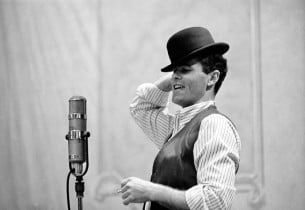 If Leigh’s lyrics are quite clever, it is Coleman’s jazzy score that makes this song so powerful. Just to hear his own jazz rendition of it, played by his Cy Coleman trio, makes this utterly apparent.
The original version was not a big hit, but was revived in 1982, with Victor Garber and James Coco co-sharing the original Sid Ceasar characters (it lasted only 36 performances, but when I tried, I couldn’t get a ticket), and revived once more in 1998 (this time lasting for 99 performances), with Martin Short and the great Faith Prince playing the major roles.
The song has been recorded extensively by various singers, including Jack Jones, George Chakiris, Nancy Wilson, Tom Wopat, and Peggy Lee; but Swenson’s version still rings right in my ears.