“Send in the Clowns”

I first saw Stephen Sondheim’s A Little Night Music at the Kennedy Center for Performing Arts in Washington, D.C. sometime in the 1970s or early 1980s (it was revived there again in 2002). I can’t at all recall who sang the lead role of Desiree Armfeldt, but I did respond to several of its excellent songs, particularly “Every Day a Little Death,” which usher-friend Don Duncan was rather shocked to hear me humming as I exited the theater. But, of course, the far most memorable song from this less-than-perfect musical (although the original Bergman film, Smiles of a Summer Night is one my very favorites), is “Send in the Clowns,” created by Sondheim especially for the original Desiree, Glynis Jones. 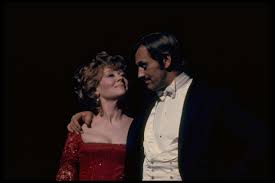 Jones’ raspy voice and her slow tempo performance of the song is truly wonderful, especially when she reprise’s it with Len Cariou near the end of the musical. The lyrics and rhythms create one of the most ironic and age-weary songs ever performed.
Isn't it rich?
Are we a pair?
Me here at last on the ground,
You in mid-air.
Send in the clowns.

Isn't it bliss?
Don't you approve?
One who keeps tearing around,
One who can't move.
Where are the clowns?
Send in the clowns.

Just when I'd stopped opening doors,
Finally knowing the one that I wanted was yours,
Making my entrance again with my usual flair,
Sure of my lines,
No one is there.

Don't you love farce?
My fault I fear.
I thought that you'd want what I want.
Sorry, my dear.
But where are the clowns?
Quick, send in the clowns.
Don't bother, they're here.

And over the years, numerous great performers have sung the same work in various ways, including Frank Sinatra—whose immediate embracement of it brought the song immediate renown—Barbra Streisand, Julie Andrews, Angela Lansbury, and the always brilliant Bernadette Peters. Yet, for all that, I think the song is best sung by altos, who shift the tonal registers a bit from higher registers to the powerful lower (perhaps aging) menopausal-influenced voices. For me, Judy Collins and Glenn Close are my favorites. They simply nail the song in a way that the others, all singing wonderfully, simply can’t. 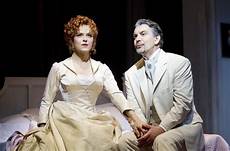 I also must admit that, for some years, I could hardly bear this song, hating clowns as much as I do; but then I had always realized that the sad actress was not calling forth “real clowns,” but simply farcical fools, representations of her own and her lover’s failures in love. It often happens that love for two lovers simply doesn’t happen at the same time, and that is their dilemma. They belong together, and they are clearly the perfect pairing, but he wasn’t right for her early in her acting career, and she is not right for him after he as seemingly found the young woman for who he has long been looking. Fortunately, fate—the loss of his young, still virginal wife to his own son—may bring them back together at the near-end of their lives. They have been fools, clowns so to speak, figures right out of the Shakespeare comedy from which Bergman’s film emanated.
Listeners might dive in anywhere they want, even to marvelous Judi Dench version. But, in this case, I suggest listening from beginning to end, and if desired, adding in a few others such as Placido Domingo, Cher, or Shirley Bassey.

Posted by greenintegerblog at 8:29 AM