a family circus
by Douglas Messerli

If there was ever any question that Charlie Harmon’s memoir about his brief employer and mentor Leonard Bernstein might have been an overstatement, a kind of hyper-inflated vision of the kind of near mental-breakdown he suffered while working with the Maestro, you need only read Bernstein’s elder daughter’s memoir, published the same year, to perceive how extreme it all was.

If the genius creator of American music, the wonderfully erudite teacher of younger and older American audiences of how music worked, the brilliant conductor who charmed an entire generation of US and international audiences with his ability to convey the musical nuances of so many great composers throughout the centuries, he was also a truly psychological mess of desperate needs, stalking down young and older men for sexual pleasure, sloppily kissing everyone, including his daughters, with tongue-in-mouth frontal assaults, drugged-out with uppers and lowers constantly as he marched through a musical assault that charmed and, sometimes, shocked the entire cultural world. If may admirers such as Jackie Kennedy might breathlessly bow to his larger-than-life persona, others, as even Jamie Bernstein admits, played with him wildly as children in a kind of adult sand-pile, including his sister Shirley, his brother Burton (called affectionately BB throughout the book), and a pageant of famous figures that would be impossible to list—unless you wanted an index of figures longer than the index to this book—which include Adolph Green, Betty Comden, Mike Nichols, Lauren (Betty) Bacall, Lillian Hellman (who later broke with her father after her failed contributions to Candide), Richard Avedon, Stephen Sondheim, Arthur Laurents, Aaron Copland, Stephen Schwartz, Seiji Ozawa, Michael Tilson Thomas, and endless other celebrities and hangers-on—whom this young girl, her brother Alexander, and her younger sister Nina had to endure, while still enjoying the circus into which they had been born.

And then there was their beautiful Chilean-born mother, actress, painter, talented wife-of-the Maestro, Felicia Montealegre Bernstein, who kept, during her life, everything at even keel, overseeing their overstuffed and dramatically absurd household with her nanny, and long-time friend, Julia, who kept the family together even after Felicia’s early death. If Bernstein described himself to Harmon as Mississippi Mud, we now perceive his as a kind of strange Mississippi Merman, who sang sangfroid’s that might have been right of Wagner to absolutely everyone he might have ever met, complicating the lives of his family and, despite his deep love and need for his children, smothering them with an impossible-to-bear love-hate relationship that draws tears to one eyes even to read about it. 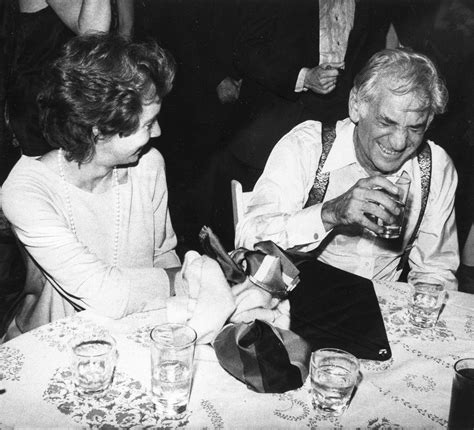 Fortunately, Jamie Bernstein, the author of this long, often painful admission of what it was like to “grow up Bernstein,” being forced to play your entire life in a world of anagrams, constant lectural sufferings from their so-highly educated father, and, later—in their adolescence, having to come to terms with their increasing gossip of their father’s homosexual activities—all of them survived, and Jaime tells her story in almost a comical jaunty style that balances what one might have presumed would have destroyed most children of “famous father families,” with a great deal of joy, love, and appreciation of the world in which she grew up.
Surely, as to expected, there are lots of drugs, particularly for Jaimie and Alexander, to have to be ingested, lots of meaningless sexual encounters, travels back and forth across the country, educational (all three were forced to attend Harvard, from which their father had graduated) resentments, career vagaries—for a long Bernstein’s daughter attempted to create her popular music, without success—as well as the deep pain the entire family felt with the death of their mother of complications from breast cancer when she was just 51.
Yet, in the end, the marvel of Jamie Bernstein’s story is that she is a quite brilliant and resilient writer who could finally make her own family, as all three of the children gradually turned to, like their father, educating the public about music, in this case about the works of their own powerful father. 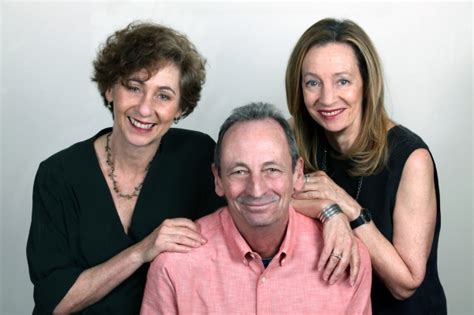 While Charlie Harmon might have later become one of Bernstein’s stalwart musicologists, strangely enough he speaks very little about the composer’s own works, while Jaime proves a quite insightful commentator not only about her father’s compositions, revealing important perceptions about Trouble in Tahiti and the later operatic sequel, but often speaks quite intelligently about them.
Of Bernstein’s late Arias and Baracrolles, for example, she writes:

At the time, I couldn’t relate much to Arias and Baracrolles. Now, all these decades later,
it strikes me as one of my father’s most mature and nuanced pieces: wry and touching and
full of delight surprises—'Tit…come’ and Ebonics notwithstanding. [elements to which
she originally found “cringeworthy’]

But then there are all those absolutely wonderfully gossipy moments, sometimes from a child’s point of view, regarding all the figures who surrounded her difficult father. She wanted to be—what young might not want—the witty and clever Betty Comden. She might have longed to be a kind of Betty Bacall, to aspire to the acting talents of her own mother (Alexander and Nina both studied acting). But she also desired to be her father’s girl, the daughter of a near-impossibly complex figure that no one, let alone his young daughter, could ever become.
Famous parents are difficult people to grow up with, let alone helpful to leave a self with a sense of true personal legacy. As Jamie beautifully discovers through this loving memoir is that she needed to realize herself by both embracing and releasing the remarkable past in which she had participated. Truly, I’m rather amazed that she could so gracefully do so in the sometimes stumbling, occasionally obscene, puerile, but ultimately loving woman, who raised her own two children and guided them to safe harbor.
Her family, Leonard Bernstein at the helm, was perhaps much too very close, bumping into themselves, aunts, uncles, impossibly talented friends, and famous admirers. Most of us might have collapsed simply with the weight of all these endlessly gifted folks running through the halls of the Dakota apartments and the Fairfield, Connecticut house; yet Jamie Bernstein, along with her brother and sister, apparently, walked away, burdened surely, but all the stronger for it. If their childhoods were crazy, they also had love; if their father looked broadly afield for attention and love, he still brought it home for them. And they survived quite nicely, so it appears.

Posted by greenintegerblog at 1:10 PM