Already this year, with the quarantine having still closed the Dorothy Chandler Pavilion and other performance centers, LAOpera presented an on-line digital performance of a new composition by  composer Tyshawn Sorey featuring poet Paul Laurence Dunbar’s poem “Death.” The composition was performed by mezzo-soprano Amanda Lynn Bottoms. The work as a whole consisted of three parts in the short film directed by Nadia Hallgren, premiering on February 19th, 2021, the date I watched it. 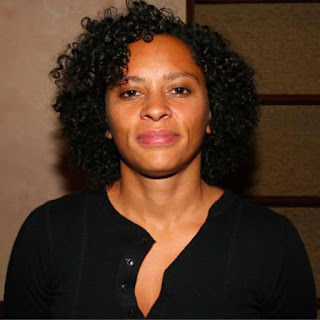 The first part, titled Act I consists of a reading of the poem by Ariyon Barbare in the Paul Laurence Dunbar House in Dayton, Ohio. Act II is a short discussion of the work and a brief history of Sorey’s early youth playing the piano in a Newark Catholic Church he attended with his aunt. And Art III consists of the song, with musical accompaniment by pianist Howard Watkins, sung by Bottoms.

Sorley has for many years been known for his wide swath of influences from classical contemporary composers and musicians as various as Karlheinz Stockhausen, Pierre Boulez, John Cage, Morton Feldman, Anthony Braxton (with whom he studied), Cecil Taylor, and younger jazz musicians and ensembles. Alex Ross in The New Yorker has described him as a defiant shape-shifter who straddles both the classical music and jazz worlds.

“There is something awesomely confounding about the music of Tyshawn Sorey, the thirty-eight-year-old Newark-born composer, percussionist, pianist, and trombonist. As a critic, I feel obliged to describe what I hear, and description usually begins with categorization. Sorey’s work eludes the pinging radar of genre and style. Is it jazz? New classical music? Composition? Improvisation? Tonal? Atonal? Minimal? Maximal? Each term captures a part of what Sorey does, but far from all of it. At the same time, he is not one of those crossover artists who indiscriminately mash genres together. Even as his music shifts shape, it retains an obdurate purity of voice. T. S. Eliot’s advice seems apt: ‘Oh, do not ask, “What is it?” / Let us go and make our visit.’” 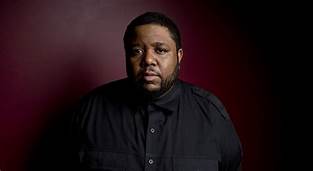 Known for his highly complex compositions, Death, because of its focus on a poem of a 12 lines, is far simpler in structure and resonance, each stanza beginning in a rather assertive chordal statement before quickly broiling down in minor chords that—as director Hallgren exemplifies in her images of flying and often quarrelling hawks—spin down into darker and jarring dissonants, finding only temporary repose in major chord key respites.

The poem itself is not only dark, as you might expect from its title, but is odd in its implications.

Storm and strife and stress,

Lost in a wilderness,

Groping to find a way,

Forth to the haunts of day

Out of the tangled deeps,

Only a point--the ray

But at the end is day.

Dark is the dawn and chill,

Daylight is on the hill,

Night is the flitting breath,

Day rides the hills of death.

The poem begins in an almost Dantean manner, the narrator “lost in the wilderness” having suffered the horrors of life, groping to find his way, apparently, to light.

Yet the rest of the poem does not function in that manner as a “vista peeps,” the narrator spotting “a point, a ray” of possibility. It is not daylight, however, that provides that vision for in the next line we see in the conjunction “But” the alternative, “day,” not evidently what the poet is seeking. The vision of the vista has come in the dark of “dawn and chill,” just before the sun rises. Night provides a “flitting breath,” while death rides the hills of daylight.

In short, it appears, the narrator prefers the vision he has found in the night as opposed to the daylight when death becomes a far more obvious opponent.

If, as Sorey seems to argue, this poem has important meaning for our own times, it is not our having been able to move out of the shadows that we have been facing that will help us to go forward and live fully lives, but rather the visions, the beliefs we burnished out of the dark. Visionary revolutions, one might argue, are always spawned in the worst of times rather than in the best. The new vaccines for COVID were created in the very darkest days of world-wide deaths.

The date for this poem appears to be 1903, four years after Dunbar—who after marrying Alice Ruth Moore in 1898, lived with his wife in the happy whirl of the Washington, D.C. social scene accorded him for his position at the Library of Congress—was diagnosed with tuberculosis. His  doctor suggested a move to the better air of Colorado and regular ingestion of whiskey to alleviate the disease’s symptom, which we now know only leads to a further decline in health. For a few years, so Alice noted in her diary, she served joyfully as his nurse, remaining in love. But her husband soon began showing signs of alcoholism and in 1902 he arrived home in a disturbed state of mind, later beating her so severely that she was ill for months after with peritonitis, an infection in connection with the rupture of the abdomen where he had brutally kicked her. She nearly lost in her life in the incident and never returned to their home, without divorcing.

By 1903 Dunbar, with the loss of wife and his impending death from TB, accordingly, had plenty of reason to fear the reminders the daylight might show him, an empty house and the daily strife and stress of his illness. In 1904 he moved back to Dayton where his mother lived remaining in her house until his death in 1906.

We are now so fortunate to be able to have this work, the third musical setting of this poem, on film. Although, obviously, it would be far better to hear this lied sung by Bottoms in person, I do hope that after the present health crisis the LAOpera company and others who have made similar attempts to reach new audiences will continue to tape and film symphonic and operatic works. I was grateful to be able to share this LAOpera Now production with friends throughout the US.

Posted by greenintegerblog at 3:55 PM No comments: